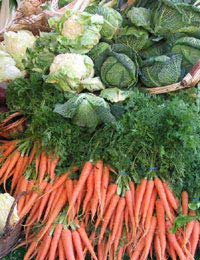 With the recession having a major impact on many peoples’ disposable incomes, restaurant owners have found it even harder to make a profit. For Chris Allington, 43, his Norfolk-based restaurant was seeing takings go down month on month and he knew that he needed to come up with some new ways to appeal to customers and keep the books in the black.

Chris explained, “The recession seemed to hit us so quickly, with both regular customers eating out less often and the drop in trade practically drying up. Our restaurant specialises in home cooked traditional food and we had always been busy with regulars, families, business people…all sorts. We kept plodding on for about six months but the chef explained how much food he was throwing away because we had to keep offering what was on the menu and I knew something had to change or we could go out of business.”

With Chris’s menu mainly consisting of traditional dishes such as cottage pie, roast dinners with all the trimmings and fruit pies and crumbles, he realised that a few tweaks could save a considerable amount of money and wastage. Through detailed conversations with his head chef, Chris looked into realistic changes that would keep the high standard his restaurant was known for without getting into the red with the bank.

Chris continued, “I suppose the chef and I had been burying our heads in the sand by keeping the menu the same, but I kept thinking that business would pick up. It only when I realised that it would be some time before business would be back to normal that I knew I had to do something. I just couldn’t bear the idea of loosing the reputation for quality that I’d worked so hard to build, so we tried to find a way to maintain that while offering a profitable marketing angle that would get customers through the doors.”

Chris and his head chef went through each dish on the menu and tried to find ways of cutting the cost without loosing the quality.

Chris added, “It was quickly evident that we actually had far too many dishes on the menu anyway. There’s no need for cottage pie and Sheppard’s pie, for example, or having three different vegetables to go with the roast and then serving different vegetables with the pies. We decided to go right back to basics and have three main dishes every day, including a vegetarian option, with the same three vegetables for all dishes and two choices of potato. We spoke to our vegetable supplier and said we needed to cut costs to stay in business and we found them really helpful – I think they were keen to make sure we kept buying from them too! They suggested delivering seasonal vegetables twice a week and we agreed that as long as they offered us a good deal, we’d take whatever they brought.”

Instead of always having expensive imported vegetables like mange tout from Kenya or asparagus from Peru on the menu, Chris’s restaurant started simply writing ‘served with three seasonal vegetables’ and offering local carrots, delicious leeks and roasted onions. Not only did it save a fortune, but it meant that there was far less wastage as every customer was having the same ingredients.

Chris concluded, “We also found it really good for our creativity! The head chef found that he enjoyed the challenge of creating something with the vegetables that the supplier delivered, rather than having to stick to the same menu, and it made preparation easier as there were fewer variations. Even though business is steadily picking up, we’re going to keep working this way as it’s great for our profit margin and customers love it!”

I Increased Profits With Theme Nights: A Case Study

My First Visit from Environmental Health: A Case Study

My Restaurant Was Featured on TV: A Case Study

I Used Customer Feedback to Boost Sales: A Case Study