Should You Be Chef or Restaurant Manager? 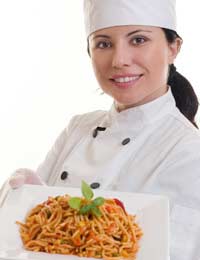 Deciding to open your own restaurant is such a major decision that you have probably been thinking about it for some time. Most people that chose to start a restaurant have some sort of experience in the restaurant or hospitality trade, usually as a chef or a restaurant manager.

Although it may seem as though the most logical choice would be for you to continue with your particular skills now that you are going to be the owner of the restaurant, that is not necessarily the case. Let’s look at a few reasons why.

Do You Have Enough Experience?

However, if you have been a restaurant manager for a number of years and have learnt about all aspects of relevant business management, you may be well suited to the role.

When chefs decide to open their own restaurant they are usually supported by a good manager or front of house team. It can be hard to maintain effective control of a restaurant if you are back in the kitchen, dealing with the issues that entails.

If you have experience as a chef but are also passionate about the business management aspect of running a restaurant, as long as you understand that you will have to work twice as hard to oversee the business, you can make a success of your restaurant.

Can You Afford The Right Staff?

If you plan to be the chef or restaurant manager as well as be the ‘boss’, you must make sure that you employ the right team. It is a common and popular approach to have a husband and wife team, as they tend to have the same values and will both work hard for the same goal. They are also earning the same profits, rather than having to pay a salary.

Paying salaries is usually a key problem, especially in the early days of running a restaurant, which is why many people choose to utilise their own skills rather than pay someone else. You need to be able to be objective about what you can and cannot provide. Perhaps you are a great chef but are terrible at negotiating rates with your suppliers. Or maybe you are a great front of house guy but cannot discipline your staff.

Government Support for a Restaurant Start Up

Is There a Right Time to Open a Restaurant?