Home > Ask Our Experts > How Can we Increase the Number of Customers in Our Pizzeria?

How Can we Increase the Number of Customers in Our Pizzeria? 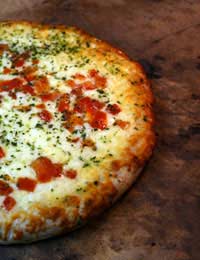 I run my father's restaurant it's a pizzeria in Ireland, in the past week the business has seen the customer numbers drop dramatically. What can I do to bring them back or even make the business better?

Hello and thank you for your question.

You say that you have just noticed the drop in custom over the last week. If it is just a short-term issue, you may just have to sit tight and ride it out as spending time and money on new initiatives may be wasted.

If, however, you are noticing a trend that shows no sign of stopping which, given the current economic downturn, is sadly more likely, it may be that now is the perfect time to focus on bringing in customers.

As I'm sure you are aware, many restaurants are finding times very tough at the moment, largely because people have very little spare money and eating out is one of the first things to go. Celebrity restaurants and Michelin-starred restaurants have tended to be the hardest hit, because many customers find it hard to justify some £75 per head for a tasting menu when you still end up feeling hungry after fifteen courses and you know full well this money could feed a family of four for a week.

The good news is that many 'low cost' restaurants are thriving in the current economic climate, as long as they are savvy. In any sector in any market, the companies that just keep doing the same old thing do not flourish. Restaurants in the recession are no exception, as people still want to have some sort of social life, even if it has to cost them far less than before. Most people want to go out at least occasionally and these people tend to find cheaper options - both in terms of cheaper restaurants and good deals when they get there.

Consequently, money off vouchers, special deals, set menus and free glasses of wine are going down a storm at the moment. If people want to have a cheap night out, they're more likely to see which restaurant is offering a good deal.

So, my advice to you would be to think about what you can offer - it's not really about cutting costs, especially as pizza is a pretty low-cost 'raw materials' product anyway. Rather than discount £1 per pizza, think about offering 'something for nothing' as it seems like a better deal. Do a set lunch menu with pizza and glass of wine for, say £5, or 'buy one get one free' on certain pizzas, or a free bottle of house wine for tables of two...the list is endless.

Then you need to shout about it! Print up flyers and hand them out in your town, put them in the local paper or stick them under car windscreen wipers. Have a chalk board outside the restaurant so people know what a good deal you're offering. Give out free sample tasters of your best pizza in the local shopping centre and give flyers out at the same time.

Get busy and you'll get busy!