Home > Ask Our Experts > Should We Rebrand or Continue Existing Restaurant?

Should We Rebrand or Continue Existing Restaurant? 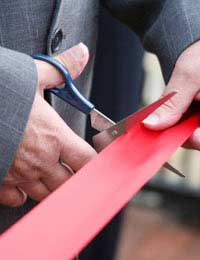 We are in a slight dilemma in that we are not sure as to whether to rebrand or carry on with the name of the restaurant. The rebranding will add to the cost as the name is written on 3 large panes of glass and we also like the name as it amazingly is a name that my son has had in mind for a long time.

Do you have any advice?

There is a short and a long answer to this question, as there so often is.

The short answer is ‘keep the same name’.

The long answer is ‘if you’re that happy with the current name, why are you asking my advice?’

The Long and Short of it

This makes me think that you are actually not as keen on the name as you think you are, or perhaps that you feel like a key decision has been taken away from you. Don’t underestimate the feeling of ‘that was my idea’ in being motivated to make something work.

But, amateur psychology aside, in these credit crunch times, anything that helps keep costs down has got to be a good thing. That is as long as you’re not saving a few quid but missing out on something that’s priceless – your passion for the project.

So, assuming you are actually happy with the name and will not have any twinges of ‘what if….’, it really does seem like the sensible choice, baring in mind the cost of replacing the glass panes.

What you really must do, though, is pay some real attention to your marketing. You can’t just take over an existing restaurant, leave it all the same and expect to create some kind of buzz. You need to put some effort into making the restaurant ‘yours’.

So, how do you do this? You don’t want to make the common mistake of No Market Research. This mistake invariably leads to you getting rid of the stuff your potential regulars love and replacing them with stuff you like and they probably won’t. Running a restaurant is not about your ego – it’s about creating a restaurant where people want to come and spend their hard earned money. This is especially important in the current financial situation as people realise that you can make really good pasta at home and the idea of paying out for someone else to wash up your plates when you’re not sure if you’re even going to have a job next week is just plan ludicrous.

So start by asking around – see what potential customers want and make sure you give it to them. This is far more important than the name, especially as you already like it and the place has a good local reputation. Use it to your advantage.