I Increased Profits With Theme Nights: A Case Study 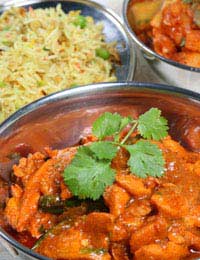 With many businesses facing a reduction in profit during the global economic downturn, the ones which are more likely to have ridden the storm are those that acted quickly.

For David Masters, 48, from Northumberland, his ability to stay positive through the recession came when he thought outside the box. David owns and manages a small country hotel and had been finding the impact of the recession particularly difficult, with fewer rooms booked, diners spending less and a lack of interest in using the hotel for events.

David explained, “I had only actually bought the hotel about 18 months before the recession hit, although I had managed hotels for many years previously. The fact that I’d used my family house as collateral to buy the hotel meant that it was very stressful to see the actual profits as far less than the business plan I’d written 18 months before would have suggested. I could see all my hard work going to waste as it was looking like I could barely afford the mortgage and rates payments, let alone paying staff just in case we had drop in customers.”

David knew that he needed to take control and change the situation to ensure that he was not so concerned about money, but the lack of positivity in the market meant that his previous marketing experience was not making enough impact. He decided to try something completely different.

David continued, “I had recruited a chef from Dubai as I found it impossible to find a reliable head chef in the UK. He’d proved to be an excellent addition to the small team – we have just one sous chef and two kitchen porters – and had great experience of all types of cuisine because he had previously worked in a large international hotel. I was talking to him one day about the fact that bookings were down in the restaurant and we needed to amend the menu to minimise wastage and he suggested adding authentic Indian curries to the menu.”

“I thought this sounded interesting, especially as there was no Indian restaurant or takeaway for miles, but I wasn’t sure if the local clientele would go for it, especially as I didn’t want to risk out reputation or become a ‘jack of all trades’. After thinking about it a little more, the chef and I decided to do a one off special curry night rather than adding it to the menu, taking advanced bookings and offering a set price meal with various curry options. The chef did a test run for the staff and I have to say I was blown away by his skills – the curries were the best I’d ever had and totally authentic.”

David contacted the local newspaper to tell them about the upcoming curry night and put posters up around the town. He was pleased with the initial bookings and was able to offer a limited number of spaces on the night.

He added, “The first curry night was a real success. I felt we could try it because it was a one off but we’re now doing one a month as we got such excellent feedback from the customers. They then told their friends and family and we had twice as many bookings for the second curry night. The chef is also planning a Thai and a Chinese night as he has learned from experts in these cuisines in Dubai too, so we’re finding that these theme nights are helping to carry the load of the quieter nights. They work really well because we can accurately cost up the ingredients, we have advanced bookings that pay a deposit that more than covers the costs and, because we know in advance what we’re going to serve as everyone has a set menu, there is no wastage. I can see it becoming a weekly event as we’ve had plenty of people asking for it to be more regular.”

My First Visit from Environmental Health: A Case Study

My Restaurant Was Featured on TV: A Case Study

I Used Customer Feedback to Boost Sales: A Case Study

I Had to Sack the Head Chef: A Case Study
Share Your Story, Join the Discussion or Seek Advice..
Hi Everybody, firstly I love this web... I did found lots of suggestion & advice from here Thane to ADMIN & followers. Just today am setup up the new restaurant in Bangladesh only city port Chittagong.I invite all of Foodie people who loves Indian curry & Grill pls do come to my Restaurant , hope you will enjoy our food, it's Eco friendly, we are trying to best food serve in here. My restaurant call Sizzle kitchen, my contact number is +880-1750-544-039 or Skype : A.dutt099 Finally thanx to everyone & keep in touch I always need your valuable advice. Take Care Arup Dutta (Arun) CEO
Arun - 20-Apr-13 @ 8:48 PM
Title:
(never shown)
Firstname:
(never shown)
Surname:
(never shown)
Email:
(never shown)
Nickname:
(shown)
Comment:
Validate: